Civilian Act of Valor Awarded to Jorge A. Ragghianti, 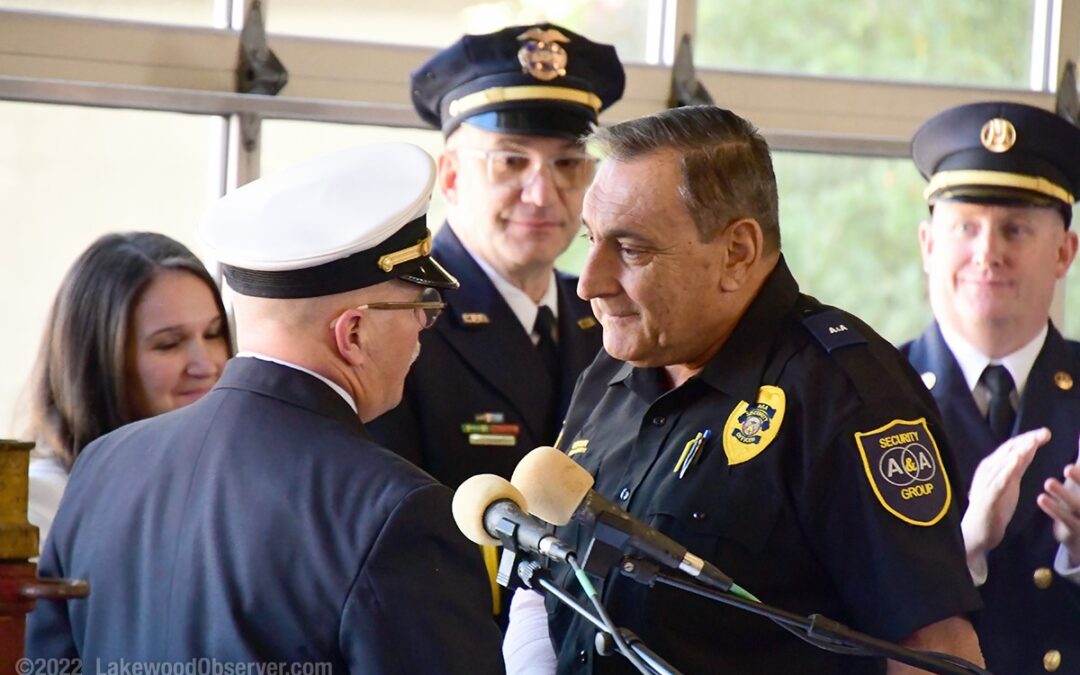 Every year is special, but this one had the addition of The City of Lakewood’s Public Safety Civilian Act of Valor Award which was awarded to Jorge A. Ragghianti, Security Officer at A&A Security.

On September 18, 2022, Jorge, a security guard for A&A Security, noticed smoke coming from a car parked behind Rise Dispensary on Madison. As he walked over to check it out, the car erupted in flames. It was at this time Jorge became aware that a child was in the car. He tried to get him out and couldn’t, the doors were locked. He then ran to his car and got his tire iron. Running back to the car, now engulfed in flames, he broke out the window and got a boy out. He then became aware of a second child in the car and went to the other side, breaking out the window and pulling the second child to safety. At that point he made sure they were safely away, then collapsed. As Fire Chief Dunphy said to me after the event. “I love my guys and the tremendous job they do for the city. But if Jorge had not been there, those kids would be dead today.” 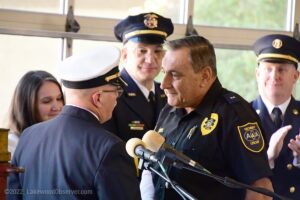